The subject of this photo was one of the kindest and most gentle people we met in India. He is a hermit who, over 20 years ago, left civilization and gave up speech because of unfair treatment by his family. The hermit lives in the tree from which the bells are hung and most of his belongings are shown in the photograph. The little he had, he attempted to share with us. He is considered a holy man by the local people. 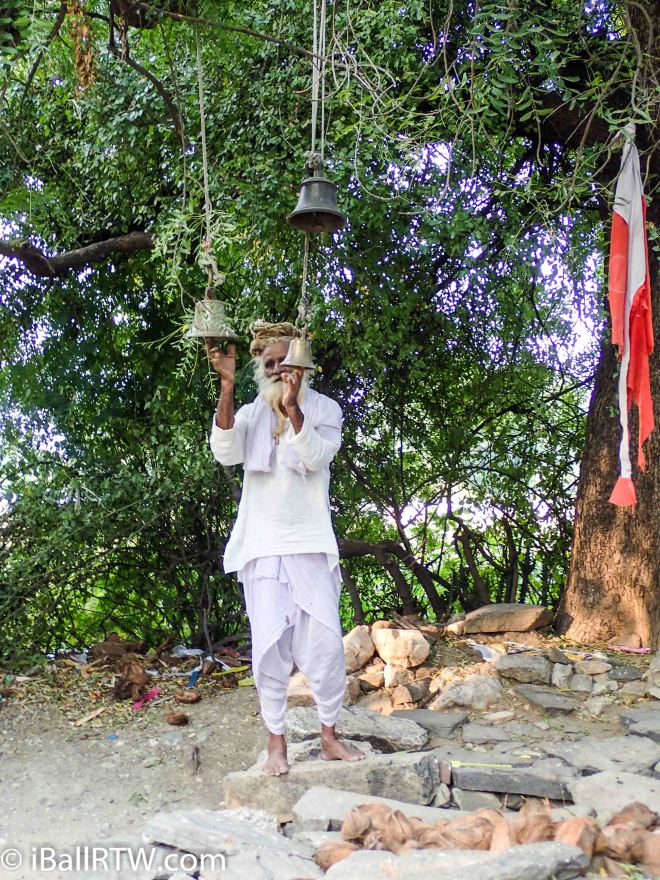 We were introduced to the hermit by the Maharaj of Sardargarh who is both literally and figuratively a prince in his own right. The maharaj was acting as our guide and only when we asked did he mention that he owned the magnificent fort (Sardargarh Heritage Hotel) we were staying in. Our stay there is one of our best memories from India.