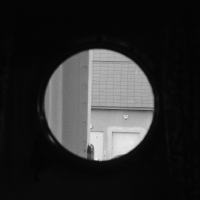 This is our entry in Dutch goes the Photo!’s Tuesday Photo Challenge – Morning.

During our recent visit to Bagan, Myanmar, we arose early one morning to climb to the top of the tower next to our hotel to view the sunrise.  Even though we were early, there were a dozen people there already, all shivering.  With cameras on tripods or steadied against the railing, we all stood silently looking in the same general direction. Suddenly one of us saw a small change in the light on the horizon, pointed and called out “there it is,” and all cameras swung toward that light. Many pictures were taken as the sun rose, as it created an ever-changing masterpiece of light and shadow on the landscape below.

As it happens, a very popular experience in Bagan is a hot air balloon ride, floating over the thousands of temples on the plains below.  Just as we on the tower waited for the sunrise, now we waited for the balloons.  As little dark spots near the horizon, they were harder than the sun to spot. But they did eventually appear, just over 20 of them, floating between the tower and the sunrise.

Bagan, located near Mandalay, was the capital of Myanmar for 500 years. By the 13th Century, over 10,000 Buddhist temples, pagodas, and monasteries had been built there. Of these, over 2200 remain, but in various states of disrepair. Bagan is plagued by numerous earthquakes. A major earthquake occurred on July 9, 1975, damaging many buildings beyond repair. A government-funded restoration begun in the 1990s has been severely criticized. Another major earthquake last year (August 24, 2016) destroyed about 400 buildings and severely damaged more. UNESCO is assisting in current restorations.

Seeing the damaged buildings during our visit in February this year, we could only wish that we had come a year earlier.  While the picture above does not suggest the recent damage, it is obvious from the ground or any elevated viewing position. Nevertheless, a visit to Bagan is a wonderful experience.

Specs for the photo are: